Refusing to testify before Congress is an illegal act. Those who choose to do this should be arrested and compelled to testify. If they don’t testify they should serve jail time.

We must stop this lawless President and his supporters.

If they want Civil War, they need to remember that fascists always lose! They may start off strong but sooner or later they’re running for the hills. This time we won’t let them disappear or blend in.

We’ve been patient and nice long enough. It’s time to put an end to this stupidity.

Remember those 20,000 strong during their Fascist event at Madison Square Garden in 1939? What happened to them 2 years later when Hitler declared war on the US?

They disappeared. Let’s not let that happen again. All of the fascists in this country need to be arrested, jailed and perhaps sent to Guantanamo. We cannot let them disappear again and spread their hate from their Mom’s basement.

It’s time to end fascism once and for all. 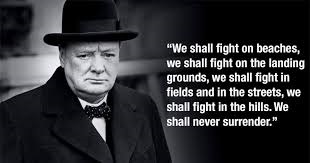 One thought on “Time for Some Good Ol’ Bench Warrants”